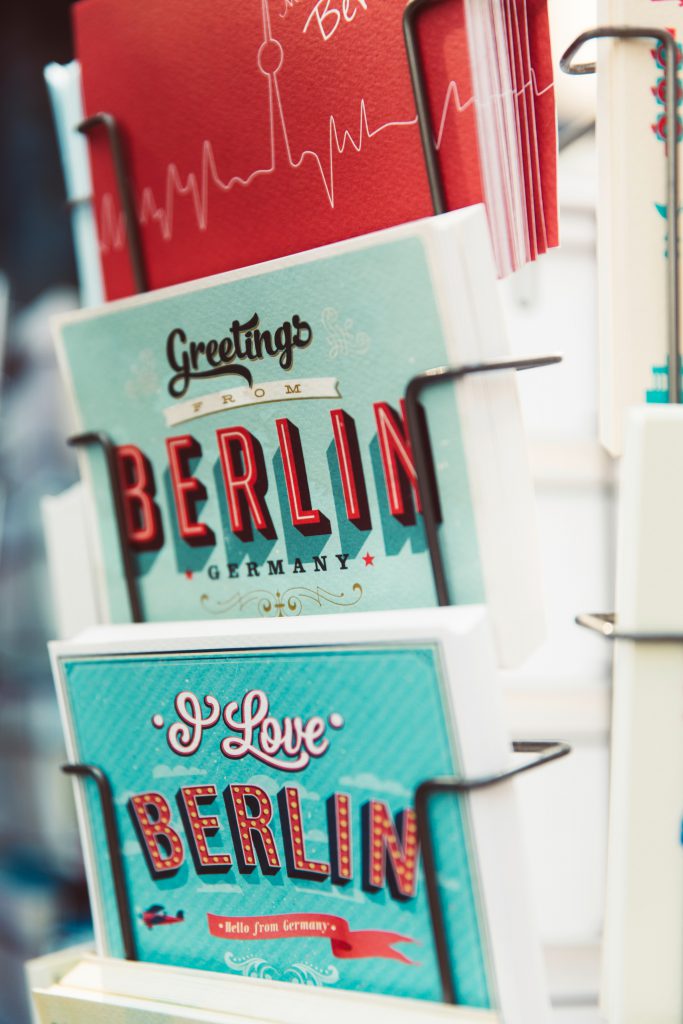 Info and tips for everyone moving to Berlin, Germany

You will hear this greeting quite often in Berlin. Of course, since Berlin is the capital of Germany, it is so international that a simple “Hello” is probably more common. The multicultural city has everything you could wish for as an expat. Whether you live vegan and/or travel with your family, here everyone will find a district that they like.
In our Expat Guide Berlin you will find helpful information about the individual districts, as well as insider tips for your start in Berlin.

1. Living and working in Berlin

If you want to live centrally in Berlin, you should have a look at the districts Mitte, Friedrichshain-Kreuzberg, Charlottenburg-Wilmersdorf and Schöneberg. Kreuzberg, Friedrichshain and Neukölln are the trendiest districts, while Berlin Mitte and Prenzlauer Berg are particularly popular with residents and tourists alike. Those arriving with a larger budget should look for accommodation in Schöneberg and Charlottenburg, which are considered “more upscale” and where there are many beautiful old buildings

The outer districts of Berlin, such as Steglitz and Spandau, are mainly characterized by residential areas, which makes them particularly attractive for families. Many hip young families have also settled in Prenzlauer Berg. Treptow-Köpenick is one of the greenest districts in Berlin and especially suitable for people who want to escape the hustle and bustle of the big city.

2. What to see in Berlin

As the capital of Germany, Berlin has a lot to offer its citizens. In the vibrant city, the shops are open for a relatively long time and if you have forgotten to buy something, you can visit a so-called “Späti”, i.e. a kiosk that is open around the clock. Some supermarkets are also open on Sundays. Of course there are also many big events in Berlin, such as the Carnival of Cultures, the Berlin Marathon or the Fête de la Musique, a worldwide event where numerous musicians perform free of charge in the city. A list of the various events in Berlin can be found here.

The well-known sights to see

Due to its history and the cultivated cultural scene, Berlin has many sights that you should not miss on a business trip. The classic Berlin sights such as the television tower, the Brandenburg Gate, the Reichstag, the Siegessäule or the East Side Gallery, are known all over the world.

Each neighbourhood has its own charm. Districts like Friedrichshain, Prenzlauer Berg or Kreuzberg have experienced a strong influx of young, creative, and innovative residents in the past years. There is no shortage of galleries, exciting gastronomy or concept stores in these districts.

To not miss the main highlights of the city, it is a must to begin in Mitte. Most of the politically and historically relevant buildings are found in this central neighbourhood. The government district is worth a visit, but also the famous Checkpoint Charlie is a staple in Berlin’s tourism scene.

Discover the city by foot

An unusual way to do so is to take the jogging sightseeing tour through Berlin-Mitte. Besides the usual jogging, a guide leads your through the main sights and stations on the route. One of the more unique tours is a guided culinary tour, where you can try the various international dishes that can be found in Berlin.

The city from below

History fans will also get their money’s worth. An extraordinary tour is through the Berlin underground. Both discarded subway stations, as well as abandoned bunkers from the war period are presented as part of a guided tour.

Berlin is not only steeped in history but also has a fascinating arts and cultural scene. In addition to classical museums, the street art scene is strongly represented in Berlin. There are several street art tours through Berlin offered.

Parking in Berlin is not as difficult as one would expect in a big city. Of course, one should avoid parking near major sights, but in the different districts of the city a parking space is more likely to be found. As a resident, you can apply for a resident parking permit at the city of Berlin, which makes it even easier to find a parking space.

What is more difficult, however, is to drive through Berlin by car. This should be avoided if you don’t want to be on the road for a long time and instead use public transport. The VBB offers different monthly tickets for frequent travelers. Cycling through Berlin is also a good way to get around quickly, but you should keep in mind that some of the cycle paths are in need of renovation.

Berlin has a well-developed public transport network of regional, suburban and underground railways and well as numerous bus lines and trams. Over 3,100 stops connect the city, making Berlin easy to navigate without a car. The ticket prices are between 1.60 and 3.30 Euro, which is average for a German city.

Connection to other cities and countries

With its Tegel and Schönefeld airports, the capital city is connected internationally. Berliners also benefit from the city’s well-developed road network. With a total length of 5,400 km, these roads run throughout the city and connect Berlin with the surrounding countryside.

Instead of owning or leasing their own car many residents prefer CarSharing. In Berlin there are various providers of car-sharing services at fair prices.

4. Where to live in Berlin

Moving to Berlin or planning a trip and not sure where to stay?

In the last few years, numerous trendy districts have emerged in Berlin, each with a strong demand for rental properties.

5. How to find an apartment in Berlin

If you are not on-site, it can be difficult for an expat to find an apartment in Berlin. This makes the search for an apartment a stress factor and to stay in a hotel for the first time is for most people a very impractical solution.

A furnished apartment from Homelike is a good alternative to start your new life in Berlin in a relaxed way. With our 360 degree tour you can already have a close look at the apartments from your home town before you arrive. Then simply pay and sign the rental agreement online and move in. Just take a look at our offer for temporary living in Berlin.

4. Where to eat in Berlin

Berlin has several places to go for food stalls, which are popular with tourists as well as residents. At Curry 36, for example, you can get the original Berliner Currywurst. Also Sahara and Mustafas Gemüsekebap (vegetable kebap) are worth a visit. If you like burgers, Berlin is the place for you, because there are plenty of burger shops with funny names like “Burgermeister”, “Burgeramt” and “Frittiersalon”.

At Mogg & Melzer there are also burgers, but the Deli is especially known for its sandwiches and pastrami and was even featured in the New York Times magazine. Those who prefer to eat breakfast the whole day can do so in Restaurant Benedict, where you can have a great breakfast 24/7.

5. How to meet new people in Berlin

Berlin is home to people from all over the world. Berlin Mitte is a tourist destination and somewhat more expensive, but it is still home to many international residents. If you would like to have a network in Berlin before you enter, or are looking for other expats in Berlin yourself, you should take a look at various Facebook groups. There are also several Meetups for expats in Berlin, some of which have a lot of participants and organize regular events.

6. Living in Berlin as an expat with family

Families with children especially like Prenzlauer Berg in the district of Pankow. There are many playgrounds and a variety of leisure activities for children. According to a study, the district is also the most popular district for families. Charlottenburg-Wilmersdorf and Berlin Mitte are also well liked. Since there is compulsory schooling in Germany, it is important to register children from the age of 6 in a school directly after moving.