Apartments for rent in Karlsruhe

View all apartments in Karlsruhe

With around 300,000 inhabitants, Karlsruhe is the second largest city in Baden-Württemberg after Stuttgart. The University of Karlsruhe specializes in technology, which is why many companies from the most diverse fields of technology are based in Karlsruhe. For example, the Center for Art and Media Technology is located in Karlsruhe. Every year, many visitors are drawn to the Karlsruhe Exhibition Center or to the park of Karlsruhe Castle. In addition, the Federal Court of Justice has its seat in the Palace of the Hereditary Grand Duke Karlsruhe.

According to folklore, Margrave Karl III. Wilhelm von Baden-Durlach wanted to expand his castle in the then solitary town of Durlach and tried to “beautify” the town. His plan was to straighten the winding streets, but the inhabitants were not enthusiastic about it and did not give him the necessary land. In order to calm down, Karl went hunting in the Hardtwald. Exhausted from the hunt, he lay down on a tree and fell asleep. In his sleep, he dreamt of a castle with streets leading into the city like rays of sunshine. He was so enthusiastic about this, that in 1715 he had the first stone laid and named the city Karlsruhe (which means “Karl’s rest” in German). The arrangement of the streets leading from Karlsruhe Castle into the city is reminiscent of a fan, which is why Karlsruhe is also called Fan City. Rent a furnished apartment at Homelike and relax, just like Karl, in one of the many green areas in Karlsruhe.

Furnished Apartments in Karlsruhe for everyone: 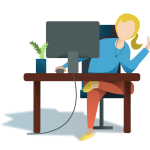