Where to Live and Work in the UK

With just over 90,000 square miles, the relatively small island nation of the United Kingdom is home to a flurry of fantastic cities. From the Scottish capital of Edinburgh in the north to the coastal city of Southampton on the south coast and everything in between. There are a plethora of cities that offer a cross-section of life in the UK, each with its own unique identity, history, and culture.

As the capital of England, London is the largest city in the UK and has grown into one the biggest cities in all of Europe. This vibrant and multicultural city is one the best cities in the UK for expats as it is home to large communities of adventurers who now call the UK home. Covering such a huge area, the city of London encapsulates British culture and is a city of a thousand experiences.

Whether you’re seeking work, raising a family, or simply wish to find a little bit of home, London may be the city for you. A possible drawback to living in London is that this popularity has not grown without a rise in prosperity prices, and London can be an expensive place to live.

Why do we recommend London?

Another of the UK’s major cities, Edinburgh, is the capital of the UK’s northern country, Scotland. Although Edinburgh is not the largest city in Scotland, it has long been Scotland’s cultural and spiritual heartland.

A port city, Edinburgh has the beauty of a seaside town, mixed in with the bustling vibrancy of a modern world city. With relevantly low crime rates and a high level of educational opportunities, Edinburgh is one of the best cities in the UK for families.

The city is well known in the UK as being home to famous cultural festivals such as the Edinburgh International Festival and the Edinburgh fringe. This, twinned with the castle, cathedral, and multiple art galleries, give Edinburgh a truly artistic and cultural feel that is palpable throughout the city.

Why do we recommend Edinburgh?

Known as the ‘second city,’ Birmingham resides in The Midlands, geographically the center of England. Once the industrial heartland of the UK, Birmingham has developed into a multicultural modern metropolis and one that is in the process of a modern renaissance. With a booming ex-pat community, Birmingham is one of the best cities in the UK for expats. Another factor that makes Birmingham an attractive place to live is a booming city economy without the hefty price tag.

Similar to London in job opportunities, leisure activities, and nightlife, Birmingham provides many newcomers with far more affordable housing than the capital. This rise in economic stature also makes Birmingham one of the best cities in the UK to form a successful career. Employees here can earn as much as they would from a London salary, for a whole 22% less in living expenses.

Why do we recommend Birmingham?

Another of the UK’s most famous cities, Manchester has been at the forefront of British culture and identity for decades. Home to the vibrancy that is often unmatched by anywhere else, Manchester is full of restaurants, nightlife, and shopping districts that can compete with the best. This outpouring of fun and life not only makes it a great place to live but also one of the best cities in the UK for students.

Similar to Birmingham, Manchester has grown its economy through manufacturing and media, becoming a huge employer. Manchester manufacturing employs 1 in 10 people in the city, making it one of the biggest employers in the city. As the cost of living is far lower in Manchester than in the capital and employment is high, Manchester is an attractive place for those who want to forge a career while raising a family.

Why do we recommend Manchester?

Only forty miles west of London, the city of Reading is an ideal place to live if you don’t want to be surrounded by the manic hustle and bustle of the capital yet still want to be within an hour’s drive of it. Its closeness to London makes Reading a great place to commute from if you’re striving for a career in the big city.

Apart from being close to London, Reading itself offers a lot of appeal in its own right. With large companies such as Microsoft, Cisco, and Oracle having their UK bases here, job opportunities are far from thin on the ground.

Reading also plays host to a popular university – this in itself gives birth to a booming nightlife scene. The famous Reading festival draws in over 90,000 visitors every year, a testament to the city’s place in music and culture.

Why do we recommend Reading?

Located on the English south coast, Southampton has a long-standing naval and maritime history. Known as the city where the Titanic set sail and the home of Cowes Week – one of the oldest regattas in the world, there is a strong relationship between the city of Southampton and the sea. This makes the city an ideal location for those who love sailing, water sports, or simply enjoy living along the coast.

The city of Southampton is also home to two universities, welcoming over 30,000 students from across the globe. This eclectic mix of maritime history and modern multiculturalism gives Southampton a strong identity and one that makes it an appealing place to live and work.

Although the seafaring industry has largely disappeared in Southampton, it has still retained its “cruise capital of the UK” title, and with good reason. There are many opportunities to jump on a ferry to the Isle of Wight or beyond if you require a change of scenery.

Why do we recommend Southampton?

The largest city in Scotland, Glasgow has become one of the most popular places to live, not only in Scotland but in the entire UK. Although popularity has risen, the cost of living has remained relatively low, sitting at 10% cheaper than the rest of the United Kingdom.

Employment is also at a record high, with 1 in 4 people being employed in the public sector. Successful education is also high on the list in Glasgow, with half the working-age population with an A level or higher, making Glasgow an appealing place for families.

Another attraction that brings many to settle in this Scottish city is its overwhelming legacy in sports. Home to one of the biggest rivalries in professional football and host to the commonwealth games, there’s always something for the avid sports fan in Glasgow.

Why do we recommend Glasgow?

Located in the southeast of the UK, Bristol’s history is twinned seamlessly with that of England and its place on the world stage. Once renowned for its maritime trading shipbuilding, modern Bristol has gathered a reputation for being the place for start-up companies to call home. With education levels also at a national high, Bristol is an ideal place for both employees and employers.

Alongside Bristol’s urban status is a reputation of outstanding beauty that goes before it. Surrounded by the picturesque Gloucestershire and Somerset countryside, there is plenty of space to enjoy the joys of fresh air and open space.

This link to the countryside is complemented by Bristol’s status as being one of the most eco-friendly cities in the UK. This status was gained by having some of the best scores when it came to carbon emissions, recycling rates, and gas consumption.

Why do we recommend Bristol?

Arguably one of the UK’s most internationally famous cities, Liverpool has been on the list for best cities to live in the country for a while and to no surprise. For atmosphere and friendliness alone, Liverpool is famous the nation over.

Apart from the fantastic reputation, Liverpool also has some nitty-gritty facts that make it a popular place to settle. The cost of housing in the city is far less than you would usually expect from major British cities and the level of education is boosted by Liverpool’s two successful universities.

Liverpool’s location also allows quick access to the English northwest, connecting you swiftly to other cities such as Chester and Manchester. If you want to travel a little further, there’s always the city’s very own Liverpool John Lennon Airport.

Why do we recommend Liverpool?

The largest city in the county of Yorkshire, Leeds is the most northerly English city to make our list, and it truly belongs here. Home to some of the most extensive retailing outside the capital, Leeds is a shopaholic’s dream. Not only does this make it the place to shop, but it provides the large city with another factor to its booming economy.

Another draw to this northern metropolis is the county itself. The county of Yorkshire has some of the most breathtaking countryside and landscapes in the country, and Leeds is ideally situated amongst it all to provide a base for exploration.

Home to not one but three universities, the city of Leeds is a hub for higher education and draws thousands in from across the country and the world. This combination of a booming economy, picturesque landscapes of fresh air, and endless educational opportunities make Leeds one of the best cities in the UK for families.

Why do we recommend Leeds?

With an endless array of idyllic architecture and picturesque streets, Oxford encapsulates the quintessential English city. The city is known around the world as being the home to one of the oldest and most prestigious universities in the world, Oxford University. The university has turned the city into a hub of not only education but of overall youthful student living. This knock-on effect has created a booming nightlife and leisure industry in the city, something that keeps the feel of the city alive.

Apart from the connections to the university, the landscape that surrounds the city is one of rolling hills and little rivers, idyllic for a day trip away from the modern city. Employment is at an all-time high, with huge companies such as BMW, BT, the charity Oxfam providing over 100,000 jobs and more. The charming balance of old and new make Oxford one of the most peaceful cities in which to live.

Why do we recommend Oxford?

Another city known the world over as being home to one of the most prestigious universities, Cambridge has long been at the top of the list for places to live in the UK. Straddled along the River Cam, the city of Cambridge is one of the greenest cities in the UK. This idyllic greenness is what makes this quintessentially English city so popular with the many who decide to settle here. Much like Oxford, Cambridge has drawn much success from its world-class university, including high employment and a booming nightlife.

Gaining the nickname silicone fen, Cambridge has become a basis for tech giants such as Huawei and Microsoft Research, adding to the economy and overall employment standing. Another reason to call Cambridge home is its geographical location, only an hour’s train journey to London and likewise to East Anglia cities such as Norwich. Although having all the attributes of a bustling modern city, it is only a short distance to the city’s outer edges and beautiful Cambridgeshire countryside beyond.

Why do we recommend Cambridge? 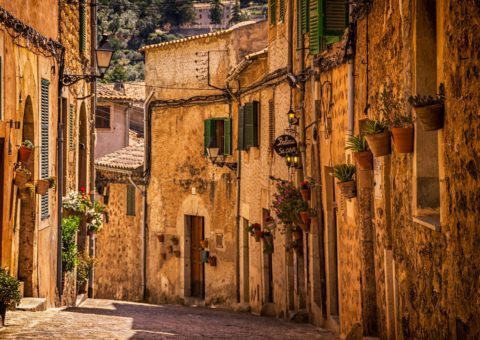 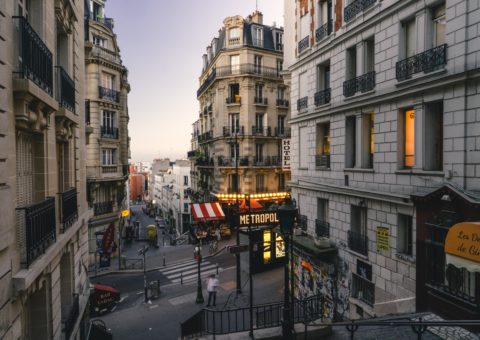 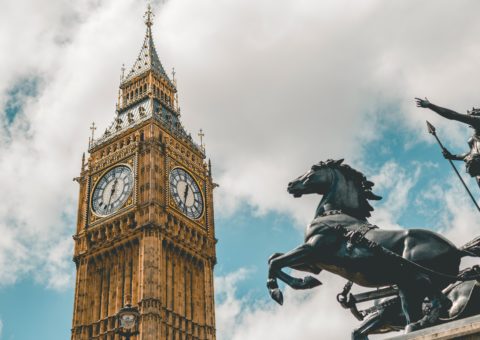 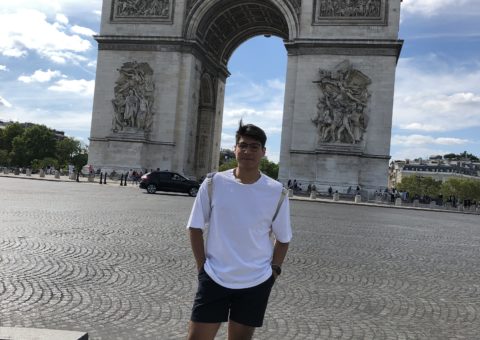 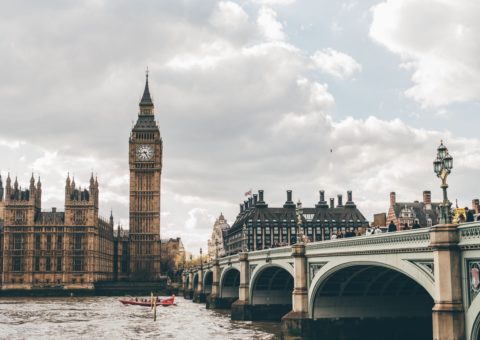 Family-Friendly Neighborhoods to Live in London 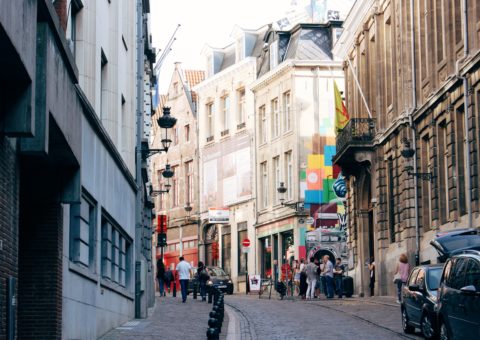 10 Best Neighborhoods to Live in Brussels 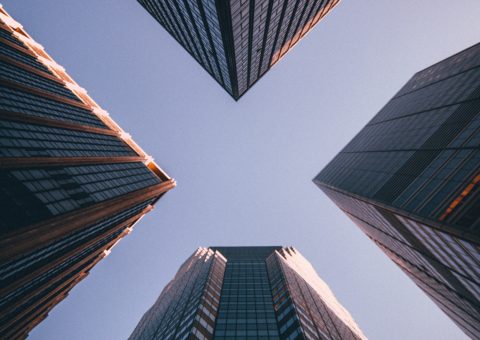 Panel Discussion: The State of Corporate Travel in 2021 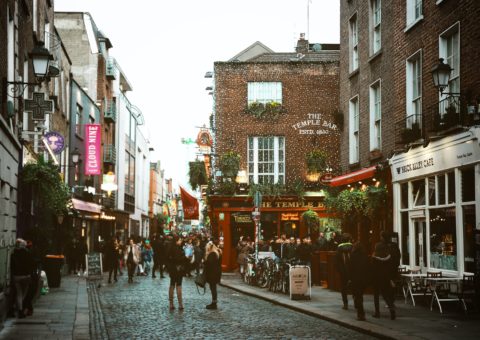 10 Best Neighborhoods to Live in Dublin 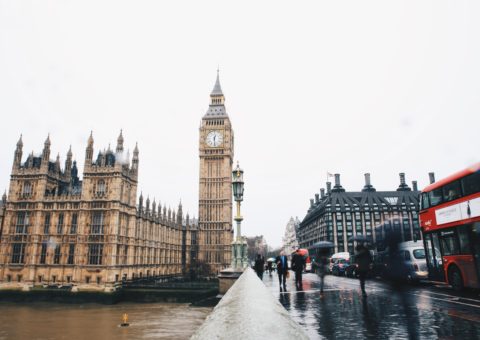 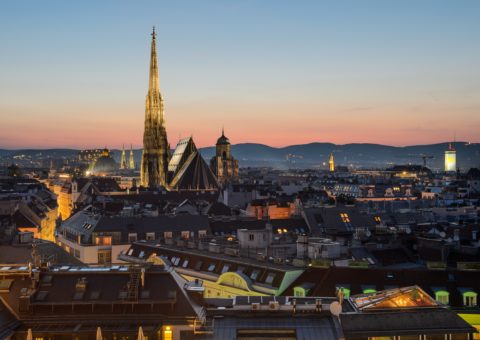 16 Best Neighbourhoods to Live in Vienna

Family-Friendly Neighborhoods to Live in London